Audrey Killoran lives and maintains her studio practice in Montreal, Quebec.  She studied biology and worked with CUSO in West Africa before becoming involved in ceramics in 1975. Soon after she made the decision to work as a potter, renting a studio in the old Centre de Céramique Bonsecours in Montreal.Until 1992 she made high-fired functional stoneware and porcelain, much influenced by the philosophy of British pottery icon Bernard Leach, the traditions of Japanese pottery, and the beautiful ceramics of Louise Doucet and Satoshi Saito.

In the 1980s she earned a B.F.A. in Art History / Studio Art at Concordia University in Montreal. She became interested in smoke firing and her work turned towards more sculptural vessels. It is perhaps in her burnished smoke-fired work that the influence of her studies in biology and fascination with form and surface pattern is most apparent, as well as the semitropical plant life, art and architecture of West Africa.

Audrey has been a part-time instructor of ceramics at the Visual Arts Centre, Montreal since 1978. She has exhibited nationally and internationally, and has been the recipient of several awards for her Ceramic vessels, including the province of Quebec’s Prix special Gaétan Baudin pour “qualité et originalité d’ouvre”.

“In my ceramic vessels and small sculpture I try to achieve the presence, simplicity and tactile appeal I have long admired in many early art forms. The pieces, usually composed of simple geometric elements, often have the rounded corners and textures of the organic world or weathered architecture.  Most are covered with a thin layer of fine clay particles known as terra sigillata.  This surface, which can be brought to a soft, sensuous sheen with polishing, is more like a skin than a glaze. Plain areas take on a black hue during the final smoke firing, while patterned surfaces emerge in a subtle range of colours.

Some recent work is based on impressions of my urban surroundings – for example, the derelict buildings of the old industrial neighbourhood lining the Lachine Canal, with their intriguing structures and mysterious empty interiors so suggestive of history and urban change.”   – A. Killoran

If you can’t visit the gallery in person, purchases can be made via this website. Please use our purchase form to submit your requests using the Product Codes listed with each photo.

Pickup curbside or we can safely ship items to you (shipping fee applies, based on package size and destination).

Note that many items are one-of-a-kind. 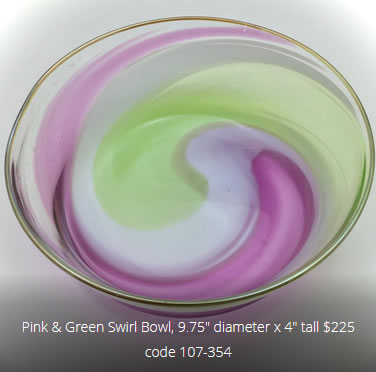